2.3 Will AI and Automation Create or Destroy Jobs 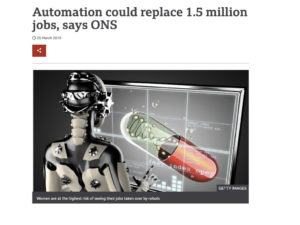 n this short podcast, Graham Attwell looks at the debate over whether technology creates or destroys jobs. He points to the Luddite movement in early 19th century who campaigned against the introduction of new machinery in the cotton industry which they feared would replace skilled workers. 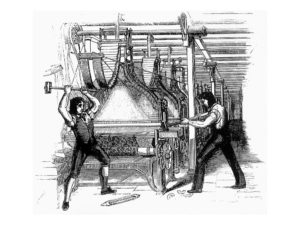 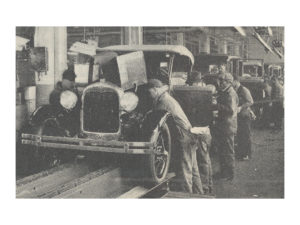 He says that Fordism and new production methods in the 20th century were also seen as a threat to jobs. More recently there was a discussion over the impact of the knowledge society on employment with the fear that this could displace less skilled workers. Then as now it led to pressure for more skills training.

He quotes Aaron Bastani who in his book 21st century Luxury Communism says the biggest losers from technology were the thousands of horses discarded with the introduction of tractors around the turn of the 20th century, 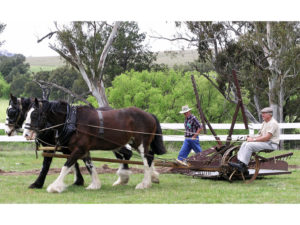 Perhaps, he suggests the reasons for the present job fears is because it is skilled workers who are at risk such as journalists and accountants. Finally, he raises the question of who is responsible for ensuring future employability with technology change – is it the individual or should it be a societal response.

But of course just because technology did not result in a disastrous destruction of jobs does not mean it won’t this time round. And some commentators are concerned that the introduction of AI and automation does not seem to be resulting in any increases in productivity which in most countries remains stubbornly low. Instead of rising productivity leading to new jobs, these commentators fear, it is only going to boost the profits of enterprises. These concerns – and of course the impact of Covid 19 – are leading to a wide range of policy interventions in different countries. One obvious measure is to increase provision and access to vocational education and training, driven by emerging skills shortages at the time time as jobs – especially for low skilled workers – are disappearing. And there is increasing interest in the idea of a universal basic income regardless of whether people are working or not. There have already been limited trials in Scandinavian countries and the Wales government are planning a trial in the coming year.

But the famous economist John Milton Keynes was an optimist about the benefits technology could bring.

“To those that sweat for their daily bread leisure is a longed-for sweet – until they get it, he wrote in 1930, later adding that “man will be faced with his real, his permanent problem – how to use his freedom from pressing economic cares, how to occupy the leisure, which science and compound interest will have won.

Find out what policy measures are being proposed in your country to protect jobs in the future? Also, what is being suggested to improve access to vocational education and training?

What jobs do you think are at risk due to AI and automation?

What more can be done to develop new occupations, especially for those whose jobs are at risk?

Do you think the idea of a Universal Basic Income could work?

One thought on “2.3 Will AI and Automation Create or Destroy Jobs”